We’ve said it before, and we’ll say it again. When it comes to digital marketing, there are so many terms, applications, tools, and acronyms—it can be a lot to keep track of.

Whether you’re selling a service or a product, at Digital Storyteller we’re here to help business owners align with ways that your team can help boost social signals to create leads and ultimately, sales.

But in order to do so, we need to break down some marketing terminology. So, to begin, let’s explain social impressions vs. social signals: what’s the difference?

What Are Social Impressions?

Let’s make this really simple! A social impression is “the number of times your content is shown in a social media feed,” according to CoSchedule.

Social impressions are often confused with social ‘reach.’ Although the two metrics are similar, they are not the same.

HubSpot tells us that impressions are “the total number of times social media browsers have been shown your content.” Impressions have nothing to do with whether or not someone is engaged with your content, just those who are exposed to it. Think of it like this: an ad that was displayed 500 times on social media would have 500 impressions.

Reach, on the other hand, as HubSpot tells us “refers to the number of people who choose to see your content and engage with it through likes, comments, or shares.”

This leads us to social signals.

What Are Social Signals?

Social signals are the indications that someone has engaged with your post. Don’t worry, it sounds more complex than it is! Examples of social signals include likes, shares, comments, and more.

We will get more granular about what social signals exist on each social media platform a little later in this article. Similarly, for those who are interested in learning more about how social signals tie into your business’s organic SEO strategy, read on here.

Each social platform counts impressions in its own way and has its own form of social signals. Let’s begin with Twitter.

Social signals on Twitter include likes, retweets, quotes, and conversations.

What’s awesome about Twitter is that you don’t necessarily need to have a ton of followers to get a high number of impressions. (Plus, analytics on Twitter are available to you for free!) To note, an impression on Twitter is any time someone views your Tweet.

According to Sprout Social, this includes not only when your Tweet is seen on one of your followers’ timelines but also when the Tweet is viewed via search, or as a result of someone liking the Tweet.

It does not, however, count as an impression when someone sees “the Tweet through an embed on a website, third-party platform… or via text preview. It only counts when you see it on Twitter itself.”

The ideal Tweet will have both a high number of impressions as well as a high level of engagement on the platform itself.

Social signals on Facebook include likes, comments, and shares.

But how are social impressions on Facebook measured? According to HubSpot, “Facebook impressions are measured by the number of times your ad appeared on screen.” For example, “if a Facebook user scrolls past an ad on their screen, then scrolls back up to that ad, this counts as one impression.”

As most in the digital marketing world well know, Facebook is considered a highly “pay to play” platform for businesses. By this, we mean that businesses typically need to rely “more heavily on paying for Facebook Ads, Promoted Posts, and other Facebook paid media to get their content in front of their audiences,” according to Madden Media.

Impressions on Instagram come from “the number of times a user sees a story, IGTV video, or post,” according to HubSpot.

For increased impressions, we’ve observed that Instagram is a great place to house culture-focused content about your business. Instagram, in this sense, is more casual than LinkedIn.

At Digital Storyteller, for example, we love to showcase our top-performing Tweets (follow us!), photos of our team together (at Happy Hour, obviously…), and memes on memes! Instagram is supposed to be fun.

YouTube social signals include views, thumbs up, and comments.

The YouTube algorithm is less widely talked about, and in the words of our SEO Manager, “a bit wonky.” She recommends crafting ‘how to’ videos and identifying industry search terms you want to rank for, then brainstorming video topics based on those. (Because we all know video is the top-performing content across all socials right now!)

Social signals on LinkedIn include connections, links, and references.

The most important step to receiving a high level of impressions on LinkedIn is to post valuable, sharable content. Your impressions can be increased and supplemented with an organic outreach strategy.

At Digital Storyteller, we used Kennected, an automated outreach program that gets your content in front of your target audience.

Similar to Facebook, on Pinterest, impressions mean “the number of times [a pin] shows up in a feed, search results or category results.”

Which is More Important? Social Impressions or Social Reach?

The short answer, both are important! For businesses with an established audience, you want to continually place your content in front of this audience. This is a crucial step in brand recognition.

For businesses that are still in the beginning stages of building their audience, social reach is crucial.

In either case, you want your content to be in front of their eyes as much as possible. At Digital Storyteller, we always reference the marketing ‘rule of 7.’

The rule of seven states “it takes an average of seven interactions with your brand before a purchase will take place… It’s likely [one] would do some research and gain a certain level of familiarity before we go ahead and make a purchase.”

As a business, the goal is to continuously grow both of these metrics: social impressions.

The more social signals you acquire—likes, shares, clicks, and so on—the higher visibility it has and ultimately, the higher it ranks.

Speaking of ranking… For those who are interested in cracking the Facebook, Google, or Instagram algorithm (which umm, sorry… who isn’t!?), read on here for the secret sauce. 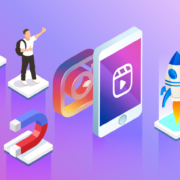 Let’s get REEL! How Instagram Reels Support Your Social Strategy

How To Optimize Your HubSpot For Effortless Marketing 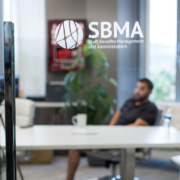 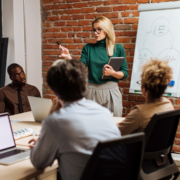 How Do We Help Our Clients Shorten Sales Cycles? 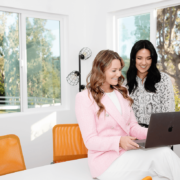 How to Use an Organic Marketing Strategy to Build Brand Awareness 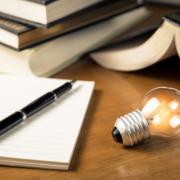 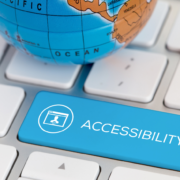 What Is Web Accessibility and Why Is It Important? 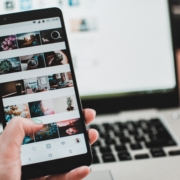 It’s the Most WINE-derful Time of The Year…

Because these cookies are strictly necessary to deliver the website, refusing them will have impact how our site functions. You always can block or delete cookies by changing your browser settings and force blocking all cookies on this website. But this will always prompt you to accept/refuse cookies when revisiting our site.

These cookies collect information that is used either in aggregate form to help us understand how our website is being used or how effective our marketing campaigns are, or to help us customize our website and application for you in order to enhance your experience.

If you do not want that we track your visit to our site you can disable tracking in your browser here:

The following cookies are also needed - You can choose if you want to allow them: