As our world becomes more and more fragmented, the economic slowdown is having an unprecedented impact in nearly every country around the world. At the same time, many brands and employers are attempting to put their purpose at the center of everything they do — those with a clear purpose are prospering, while many corporate “dinosaurs” that refuse (or are unable) to adapt are dying off as the rate of change increases.

Organizations of the future need to embrace fully the concepts of empowerment, learning, and balancing technology with the individual if they are to succeed, by using the power of technology and automation to rehumanize — rather than dehumanize — the workplace.

These major changes are being driven by a few important factors in consumer behavior:

Generational gaps are closing in the workplace.

More generations are working together than ever before, with different expectations and attitudes. By 2025, experts expect millennials to make up nearly 75% of the active workforce. Outside of the workplace, life expectancy is continuing to rise and up to two-thirds of babies born in the last year could live to be 100. In the older generations, people are retiring later or not at all. All of these changes mean we now have an environment in which older workers already report facing prejudice at work and millennial executives struggle to gain acceptance from older colleagues.

Flexibility and job changes are more encouraged than ever before.

By 2020, almost 20% of US workers — or 31 million people — will be “contingent” rather than permanent. If that sounds like bad news, consider that 80% of today’s contingent workers appreciate the flexibility. Most of Uber’s growth has come from drivers who use their own cars, and 75% of them have other jobs. (What happens when a job for life becomes a job for a day?)

The model for success isn’t cut and dry anymore.

New, innovative business models are springing up all over the world, many of them rooted digitally in the “sharing economy.” Nearly half of American business leaders think that their current business models will cease to exist within the next five years.

Robots are taking over (sort of).

Artificially-intelligent supplementation devices could replace 33% of jobs by 2025, and Mark Carney, the Governor of the Bank of England stated earlier this year that almost 15m UK jobs could be “hollowed out” with the workforce being replaced by robots: “Alongside its great benefits, every technological revolution mercilessly destroys jobs and livelihoods … well before the new ones emerge.”

While these trends will affect everyone, it is especially pertinent to keep up with these changes as the leader of an organization — this could be the wake-up call you’ve been waiting for.

To thrive in the new era, we must rethink the role that organizations and their workforce play in driving competitive advantage.

Thriving will mean adapting to the changes, facilitating the interconnections between humans, and investing in their uniquely human attributes. If you are struggling to take your company into the digital space, reach out to Digital Storyteller today! 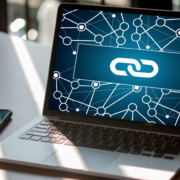 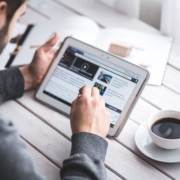 How To Use Hubspot To Automate Social Media Posts 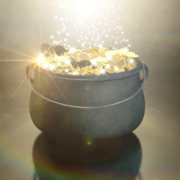 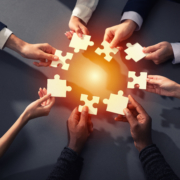 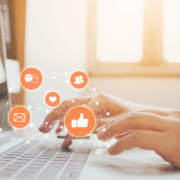 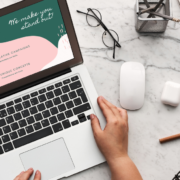 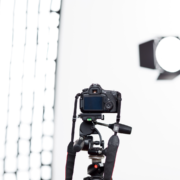 How golfing can make you better in business

Because these cookies are strictly necessary to deliver the website, refusing them will have impact how our site functions. You always can block or delete cookies by changing your browser settings and force blocking all cookies on this website. But this will always prompt you to accept/refuse cookies when revisiting our site.

These cookies collect information that is used either in aggregate form to help us understand how our website is being used or how effective our marketing campaigns are, or to help us customize our website and application for you in order to enhance your experience.

If you do not want that we track your visit to our site you can disable tracking in your browser here:

The following cookies are also needed - You can choose if you want to allow them: